While The Seventh Day Christian Assembly observes God's revealed Holy Days found in Leviticus 23, there are some differences from other groups that originated in the Worldwide Church of God pastored by the late Herbert W. Armstrong. What follows is a brief discussion of those differences and the rationale behind them. For an explanation of each of these Holy Days and what they mean in God’s plan for the salvation of mankind, see pages 30 – 41 in our Statement of Beliefs.

First, the Holy Day calendar given in Leviticus 23 nowhere allows for postponements of any kind. It very simply says that on a given day of a given month a certain observation will take place. If the concept of postponements is taken in the context of Christ's discussion with the Pharisees and teachers of the Law in Matthew 15:1-9, then God does not accept changes in His law based on traditions of men (vv. 3, 6, 9). 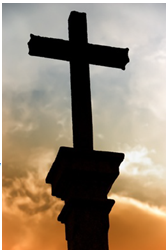 Yet, in the traditional Hebrew calendar, there have been postponements made because of human traditions: (a) one guarding against Rosh Hoshana falling on Wednesday or Friday because it will cause Yom Kippur to fall on Friday or Sunday and require two days of prohibition against food preparation and (b) another guarding against the celebration of Hoshanah Rabbah (a traditional Jewish observance during Sukkoth -- like Purim and Chanukkah) falling on the weekly Sabbath during the Feast of Tabernacles (Sukkoth) because it would require work to be done in gathering the willow twigs needed for beating on the ground during the ceremony (A Book of Jewish Concepts, Philip Birnbaum; New York: Hebrew Publishing Co., 1964). These postponements can move back the normal observance of God's Holy Days by as much as two days. In the years when there are no postponements, the TSDCA calendar coincides with the traditional Hebrew calendar and former WCG churches. In the years when there are postponements, TSDCA observes God's Holy Days 1-2 days earlier than others.

Because there is no precise, specific instruction in scripture about how to determine God's Holy Days (for example: how one determines the new moon), TSDCA does not claim to have the exact formula required by God. We do not rail against those who do not comply with our method. We simply live by the light that we believe to be correct. Part of that light makes no room for human traditions.

*Remember each Holy Day begins at sundown the previous day.